He was one of the nicest people I have ever met, and when I met him again decades later, he remembered me. And we talked about those days in radio that began with the contest where I had met Bob Crane, who was the young moderator, pre-Hogan’s Heroes.

When my parents, older brother and I were guests in New York City, as a result of the Radio Quiz Kid contest, we enjoyed being treated like royalty. I remember we had a large hotel suite right across the street from Central Park. That first night we went to see a play on Broadway. And I was so excited I had trouble sleeping, as the next day was going to be full of activities. I was 12 years old, going on 21…and headed into a day that would change my life. It was very early Spring in 1957.

I was taken around to meet local radio personalities and see the 98.7FM facility, which had changed from WBAM to WOR-FM about 8 years before. Like most early FM stations, WOR-FM initially simulcast AM sister station WOR-AM. Macy’s had sold the stations to the General Tire and Rubber Company in 1952 (Bamberger Broadcasting Service), and the company was in the midst of reorganizing its broadcast division into RKO General, to be completed later that same year. WOR had been the flagship station in their Mutual Broadcasting System, formed in 1934. That relationship was soon to end, as WOR became an independent station, but still carried Mutual’s “Top of the News” with Fulton Lewis. I was a fan of some of Mutual’s programming, an avid listener of The Shadow and The Lone Ranger, so the tour seemed fun to me, because of that. 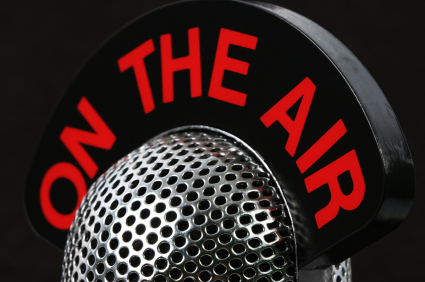 Everyone I met was very polite and they even did a quick interview with me on the radio. I was most impressed with their news team which put together a very detailed, 15-minute news report at the top of every hour. I also was taken on a tour of their sister TV station WOR-TV on channel 9.

Many of these same station people came to the reception and dinner that was held on one of the top floors in the Radio City Music Hall late that afternoon, after we saw a special performance of the Rockettes. I had heard of Dorothy Kilgallen and meeting her and her husband Dick Kollmar was one of the highlights of that evening.

During the reception and dinner, there seemed to be a lot of men approaching my father, seemingly in deep discussions. Later he told me that they had been very impressed with the way I talked at the radio interview. And then he started talking about people who were apparently quite famous, like Howard Hughes (apparently General Tire also acquired RKO Radio Pictures from him, but had just recently closed the movie studio, and were in the midst of selling the Mutual Broadcasting business to a group led by someone called Dr. Armand Hammer).

All of this was way over my head, but my father seemed to understand everything about the conversations. My father was very intelligent and an astute businessman and was about to handle a deal with the radio people for a unique new radio show. All I knew at that time was that I seemed to be the center of attention, and I don’t mind telling you, it felt really good. This was something brand new for me, something that I soon would try to get used to, but never quite could. I liked the attention, but was anxious to get back home.

I slept very well that night in the hotel room, and was looking forward to going to our new home, in a new town we had recently moved to, and make new friends. Little did I know that negotiations were under way and I would be returning within a week with my father to meet many of these gentlemen again. And I would also meet someone that would have a strong influence in my life over the next few years.

On the drive down from Elmira that following week, my father explained everything. By the time we walked into a very ornate conference room, I was ready to discuss the offer. The network wanted to offer a Saturday late morning radio talk show, with me as host and call it Teen Talk (even though I wasn’t a teenager yet), and I would interview musicians and celebrities who were in the NYC area, who would be returning from appearing on Dick Clark’s American Bandstand, and on occasion Dick Clark would join our phone conversation. American Bandstand had plans to go national and was looking for more exposure in the NYC area. 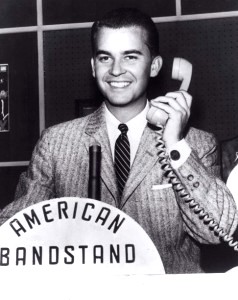 And then, there he was, the 27 year old host of American Bandstand, entering the room, approaching me with his huge smile and warm eyes, making me instantly feel comfortable and welcome. He not only saved the day for me (because I wasn’t really that excited about the deal), but meeting him made me feel that maybe doing the show would be fun. And I think I was also experiencing my first huge crush!

Arrangements were completed and the show began about two months later, and Dick Clark and I talked often not just on the radio show, but by telephone. He took an interest in me, and for some reason, wanted to be a friend and mentor to me, something I shall be eternally grateful for. And the show WAS fun, lots of very cool musicians who were very interesting. Sometimes we did the show via phone interviews and I could do them from home, with the station patching everyone together. 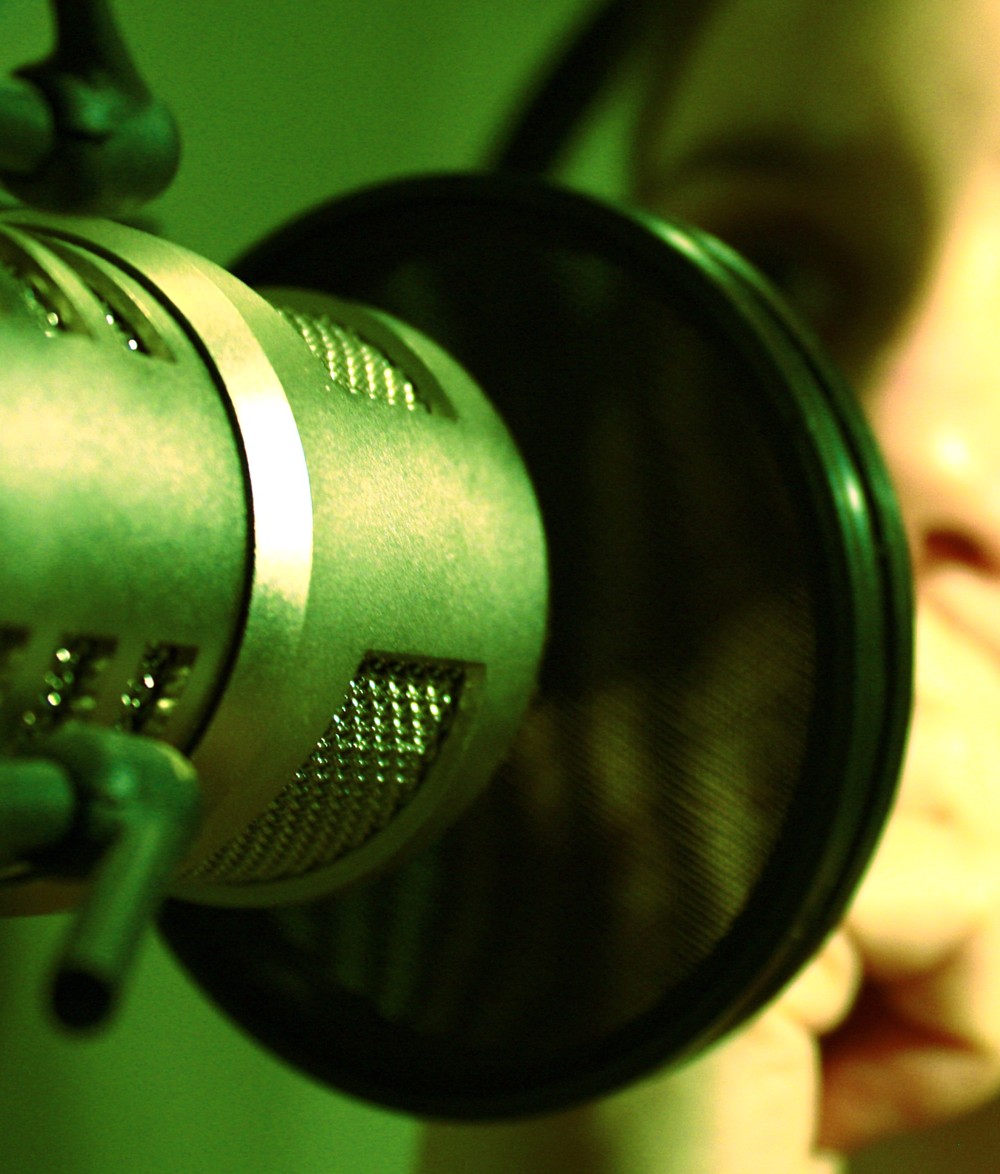 The network changed hands again in the Fall of 1958, and the show was cancelled. At that time, too, many radio stations had begun to flounder, because TV was growing in popularity and pulling away most of the top advertisers.

And Dick Clark did indeed become a mentor and friend for several years, giving me great advice. When we saw each other almost 30 years later, he was the same, kind, warm and full of hugs and smiles. When I walked through the door to his suite, I wasn’t sure what to expect, since it had been so long, and our lives had taken so many different turns away from where we had started. And we had also lost touch when I went off to college. But, no, he heard my voice, saw my face, and came straight over to me (dragging his wife along who was trying to sew a button on his blazer, see to the right). 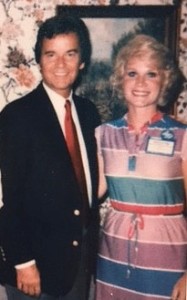 We got a chance to talk undisturbed for a couple of hours (we were at a radio convention at the time). He had followed my entire career, which is kind of cool, since I had followed his too. When we parted, we promised to stay in touch. We did try, but, it was off and on via letters (no emails in those days). Later, when he had his stroke, I sent him flowers and prayed for his recovery. I cried when I first saw him on television after his stroke. It broke my heart to see such a vital man so limited. But I applauded his strength to carry on. And I cried again when he died. As I write these blogs, he will be mentioned on occasion, because he was very instrumental in helped me make some of my future choices.

If I had ever met another man like him, I would still be happily married today. But I didn’t. And so I’m not. I think a part of my heart belonged to this wonderful, intelligent, caring soul.

But, let’s return back to 1957. When Kate Smith returned in 1958 to Mutual Network for her final radio series (I was such a fan), I felt like I had missed a huge chance to meet her, since WOR was no longer a part of that Network. And when my show was cancelled, I simply looked forward to doing something else.

I was already busy doing that something else, which would continue for a few years, keeping me very busy, every spare moment when I wasn’t being a teenager or a student.

That new opportunity had came up shortly after the radio show began. I was approached by several people who had an interest in training me to be a TV star, perhaps doing a show on their TV station. That didn’t work out for a variety of reasons one being I didn’t want to move to the big city because I really wanted a fairly normal life in Elmira.

Instead, I ended up being signed to be a fashion model with an agency based in Chicago, and the jobs began almost immediately. But, that’s another story…another blog.