Ah, yes, ad agencies in the 60’s. Was there a cigarette haze, interoffice intrigue, booze in the office, and those 3-martini lunches? Yup, and I was there! I saw the mix of crazy creativity and glamour. In the last blog, about being a fashion model, I talked about the years where I was in front of the cameras. I did get a peek inside the ad agency world during those years. But, when I attended college, during my last 2 years, I was lucky enough to receive two internships to the largest agencies in the world. I got to learn from the two most influential men of their time in the ad agency world.

The first internship was with Ogilvy, Benson & Mather in NYC (the “eastern” or NYC ad philosophy), and I spent a lot of time with the staff close to David Ogilvy, the guru of advertising. He also mentored me on a few of the accounts. What a wonderful opportunity to see the ad agency up close and personal. There was a saying about “bringing up the young cubs the ‘Ogilvy Way’”. Needless to say, I learned a great deal from him. My second internship was with the Leo Burnett Agency in Chicago (the “mid-western” or Chicago ad philosophy), a different way of marketing and lifestyle with Leo Burnett’s staff.

First, here’s an inside look at those two agency leaders. Mr. Ogilvy was British with a wonderful accent, and a perfectionist attitude, all while looking like a business leader, neatly dressed with everything in its place. His big lesson to me was ‘research, research, research’…know all you can know about the client and their industry and their market. I remember one time I was in a client meeting with him, and he could see that I was fidgeting because I had an idea. He was kind enough to let me speak, and my idea was good, and it was added into the conversation. Afterwards, I felt so proud, and once again, he could read my face. His advice, “Don’t let it go to your head. There are no ‘new’ ideas, they are all borrowed and adapted to form ‘newer’ ideas.” Of course, I was crestfallen. 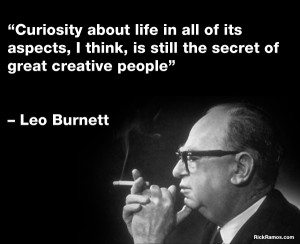 Mr. Burnett didn’t look the part of an ad agency leader, as he was short, bald, be-spectacled and wore crumpled suits. He was quite a character with a mind that just didn’t stop. His eyes would get larger than usual, his cheeks would redden, his bushy brows would furrow, and he would grab one of his #2’s (pencils) and start sketching something, all while we were talking and sharing ideas. He would then look up, having missed not one word of the conversation while he was creating, and share his vision with us. His philosophy was “Grab them with the visuals, the ad slogan and the graphics. Then pull them home to buy.” He wasn’t as much of a researcher, but still a perfectionist in his own way.

So, from those years in the mid 60s, how did these huge agencies compare with the version of the 60s as displayed on the TV show Mad Men. Let’s set the stage first with an historical reality check.

Many ad agencies formed motivational research departments, and new brand personalities were born. The Marlboro man (from Leo Burnett Co.), Maidenform woman (Norman, Craig & Kummel) and Hathaway shirt man (Ogilvy & Mather) brought parity products (those with no easily discernible differences from others in the same category) to life and offered such attachments as emotional security, reassurance, creativity and power.

The 1960’s were a time of radical change; America elected its youngest president in 1962 and explored space at the end of the decade. JFK appeared at his inauguration bareheaded thus marking the end of the traditional appearance. In 1963 Martin Luther King presented his infamous, “I Have A Dream” speech. Encompassing these revolutionary events, the rise of the youth voice gave birth to the term “Generation Gap.” Change had taken control of the country, despite the resistance of some.

This became the onset of the Creative Revolution in the ad agency world. In New York, in the late 1950s and into the 1960s, there was a wave of young art directors and writers from the Bronx and Brooklyn of all backgrounds, nationalities and religions. Their new breed of advertising had energy, style, wit and youth. The Creative Revolution found a home in New York at Doyle, Dane, Bernbach, then spread to other NY agencies and beyond, like Leo Burnett in Chicago.

Depending less on research, advertising turned to its creative instinct. Eschewing portrayals of elitism, materialism, authoritarianism, reverence for institutions and other traditional beliefs, ads attempted to win over consumers with humor, candor and, above all, irony. 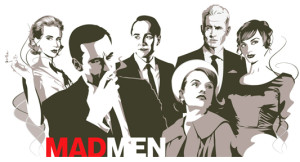 This is where the similarity of the real agency world to the Mad Men series is the most similar, a prime example of the Creative Revolution in advertising. Mad Men is AMC’s critically acclaimed drama about the advertising men who ruled Madison Avenue in the 1960s (and the women who worked and lived with them). This program gives you a definitive look inside agencies and attitudes of those times, especially in NYC, but add in the Chicago mindset, and the influences of both Ogilvy and Burnett.

When Don Draper in Mad Men left the larger agency and started his own, this was a sign of those times. Mergers and acquisitions transformed agency identities, and a number of agencies went public. While the major established agencies of the decade prospered, new agencies were founded and new reputations made. 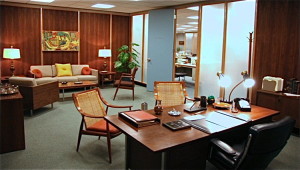 What you’re seeing in Mad Men, and what you see at Sterling Cooper [the fictional agency where creative director Don Draper and his cohorts worked through the season-three finale], any time that Don pitches a campaign, it’s actually part of that Creative Revolution. In Don’s work we see the idea that advertising should be less about arguing the virtues of a product and more about having some sort of emotional connection to it. This was the mid-60s, and a new idea.

In season three of Mad Men, Sterling Cooper merges with a British ad agency called Putnam, Powell and Lowe. In history, that’s the David Ogilvy school, where Ogilvy taught that there are specific things you can do to make your ad good, like never use more than 150 words in the descriptive text; have some cheeky headline but no puns; don’t be too clever; upsell, always upsell; don’t meet them where they’re at, meet them where they want to be. The idea is get as big as you can get by following a formula. Other people in the ad industry called Ogilvy a traitor of the creative class, a businessman’s ad man, because in his work there was no heart; it was all a kind of science. Don Draper, on the other hand, represents the Chicago school (that mid-west philosophy) of advertising, also known as the Leo Burnett school of advertising. Burnett came up with the Marlboro man and the Pillsbury Doughboy and is known as one of the greatest ad men of the era. His approach included, instead of upselling the client, the notion is to beam back at them who they are so they trust you. What history has proven is that that little vanguard of Leo Burnett and David Ogilvy, even though they had different tactics, both had it right: don’t argue, influence. Don’t be a huckster, be a taste-maker. That is still what is considered good advertising, and it’s what makes us buy things.

Madison Ave. in the ’60s, where impeccably dressed, impressively paid, mostly white men convinced a nation to buy whatever they were selling. And yes, the ad agency ethos included plenty of nicotine, booze and dips in the steno pool. And the fashion and ‘look’ of the 60s is best shown with the Draper’s apartment – graphic artwork and bright colors and prints. I loved those days…bright, psychedelic and fun! 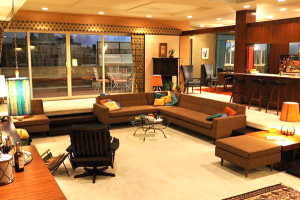 And there was a certain glamour from the outside to the industry, and the producers of Mad Men got it right; the look of the office, the IBM typewriters, even the coffee cups. Ah, what memories this show has stirred. The Don Draper clones – all close-cropped hair, skinny ties and pocket squares – rolled into the office from their suburban homes like self-anointed gods. Big, tall, suited, mostly good looking, and definitely predators, married or not. Mostly, the women were subservient. In most cases, all the account executives, all the art directors, all the copywriters, whether capable or not, were men. As an intern, I got to witness so much, in both agencies.

Drinking was a way of life, in and out of the office. Standing tall at the bar was part of the macho culture that dominated the industry. Many times, there was great admiration for the guys who could drink more, as if it was a great skill or talent. Many of us who were around then remember that any important business was handled before lunch. 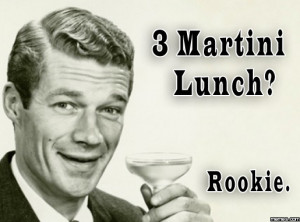 Because after lunch, we drones were getting our work done; but, the execs and their clients/customers, after the three-martini lunches, they were finished for the afternoon.

There was also the rush of whipping up an ad campaign overnight, without the “benefit” of focus groups or demographic/psychographic snapshots – just your gut, a pack of Lucky Strikes, drinks and a long lunch. It was seat of the pants, and it was crazy, but they made it look like fun. To me, it was amazing that some great campaigns came out of those crazy times.

Marilyn Dayton
Previous ArticleBEING A FASHION MODEL WAS VERY HOT, HARD WORK
Next Article WHO IS THE MOST QUALIFIED PERSON IN THE ROOM?