I was born. I lived. I died. I was just 3 ½, a few months shy of my fourth birthday when it happened. I drowned.

Every summer when we lived near the Finger Lakes in New York State, my mother would take a bunch of us kids to Keuka or Seneca Lake and we would spend several hours trying to cool off. I hadn’t learned to swim yet, but my brother was pretty good. So, I floated on a rubber spare tire, dangling my legs in the center, sitting on the rim. My brother would hang onto the other side so I wouldn’t tip over.

But this time, something distracted him, and he let go…and over I went, head first, complete submersion under the now flipped rubber tire.

It didn’t take but just a few seconds, but my older brother pulled me out of the water by my hair and pulled me into the shore, just about ten feet away. My mother (a nurse) worked over me doing CPR. I had taken in a lot of water, probably inhaling from the shock of the cold water and being 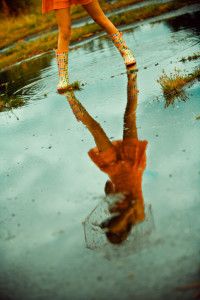 And suddenly there I was, watching from above, thinking to myself, “Look, my mother is kissing a little girl, and she looks just like me.” I still remember floating into the white clouds and a sense of love all around me, before my mother succeeded in getting me to breathe again. I coughed up all kinds of yucky water, but found I could breathe a little better each time I did.

Yes, I was sick for a week or so, probably a touch of pneumonia. All the while, talking in my head to my new invisible friend, who looked just like me. I say that because I had seen her, and for some reason (in my child’s mind), I thought she was important because my mother had “kissed” her.

I continued to talk with my new ‘invisible’ friend, sharing my innermost secrets and feelings. I tended to be shy and liked to play by myself usually, up in my room with my dolls and pet cat. So, having a friend who did everything with me was new and fun.

She slept with me (I placed a pillow next to my head for her), and I introduced her to all of my dolls (each had a name) and my cat, who was one of several we had at that time. But this one was mine, following me around, or rather now following us around.

So, what was this new friend’s name? I called her Mimi (aka “Me-Me”) because she looked just like me. Of course, I was the only one who could feel her there, since I couldn’t actually see her. You know how children are, we have wild imaginations, or at least I did. 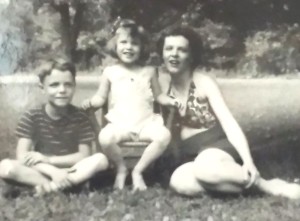 She was my best friend for several years. When I was around 6, I started going to elementary school and made new friends, and Mimi faded slowly away.

But I still remember everything vividly. I didn’t talk about that drowning event and my friend much, since when I did mention it to my brother, he told me I was “crazy in the head from drowning”. So, I kept Mimi to myself.

Marilyn Dayton
Previous ArticleTHE INS AND OUTS OF BLOGGING…AND WHY?
Next Article “DON’T WORRY, BE HAPPY”…OR NOT…