When I was a young girl, a young model, a young student and advertising agency intern, I didn’t realize what politics was. All I thought about was trying to learn as much as I could, be a sponge, because someday I would need to know everything I could learn from my teachers and mentors. I wanted to be a successful business woman.

My education went beyond that, because I would hear talk about, “No matter what they say, you will still need to start out a job as a secretary.” I remember my response, “No, not me.” I have all the experience…in radio, in TV, in two of the largest advertising agencies in the world. I am the “most qualified person in the room.”

I was young and naive. I just didn’t know it yet. I didn’t know how to play the political game in business, and the only thing I knew about politics was that I loved President Kennedy and his wife and children. That was all I really cared to learn about the subject. I wasn’t going into politics. I was a woman who wanted to enter the business world. 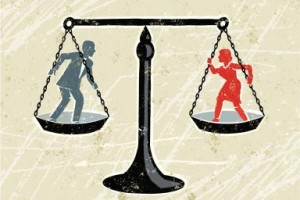 Aha! That was it…I was a woman. Women didn’t go into the politics in those days (50s and 60s). Why not? Because in the general business and political worlds, women were secretaries…not politicians.

But I did learn about politics. And I did learn to play the business political game. In those days, we called it “cracking the glass ceiling.” We did start out as secretaries, then we had to prove ourselves and work our way up, even if our resumes showed that we were over qualified for the job.

When I left college, I had to start somewhere. Even though I had a huge interest, and experience, in the advertising agency world, I was a woman. My very first job was for Eastman Kodak, while I decided what I really wanted to do, I had to survive doing something. And the potential seemed the most there. I applied for two positions they had open, both were in marketing and advertising. Not secretaries, but as decision makers. Those two jobs ended up going to men, after I learned at the interviews that I was definitely qualified, but that they felt I didn’t fit the job (I was a woman). I didn’t like that, but what could I do, I needed a job. So, I started out as a secretary, in a secretarial pool. And I was the best secretary they had for six months. Then, they began moving me up…slowly. I ended up being the PR person for their pollution abatement engineering team, handling all of the complaints from people who found ash on their window sills (from the manufacturing plant), to pulling together the promotional media announcements for the building of the tertiary treatment plant. Great fun, but at least I was doing more than just being a secretary. But, my earning level was the same as a secretary. Because I was a woman.

When I became a wife and mother, and the children began pre-school and kindergarten, I worked as a publicist at a radio station, as well as producing radio shows. And on occasion, I hosted a TV show, all part time, but I loved it! You see, it was OK to be a woman there. I also found there were small businesses that needed advice on marketing and advertising, who were sponsoring radio and TV shows. So, I started my own advertising agency. And it was OK to be a woman there. It was now the 70s, and we women had made some progress. And so, being an entrepreneur seemed the way to go, and it fit my personality, my goals, my grit.

Of course, there was still that “you’re not a man” challenge. When I decided I wanted my ad agency to grow faster and wanted to hire some people, I thought about taking out a small bank loan. I was divorced at the time. The bank told me my ex had to co-sign the note. I walked out, and built my agency without a loan. I was sorely reminded that I was a woman, not a man.

You see, most of my life, I have been the ‘most qualified person in the room.’ But, what kept getting in the way was that I ‘was the most qualified woman in the room’, not a man. And the politics of being a woman in a “man’s world” even applied when I was the CEO and owner of the agency. When I needed to make a presentation to a Japanese company, my marketing sales ‘man’ had to do the presentation. I was not recognized as my own company’s leader…because I was a woman. This was in the 80s. But, it was a Japanese cultural thing. So, my guy made the presentation, and we got to market new products for one of the largest companies in Japan. We won that political battle, but only because I had a man in my company who could fill my shoes. Even though, “I was the most qualified person in the room.” 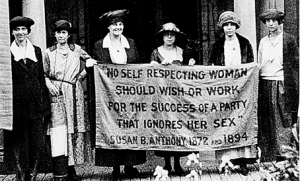 Politics is everywhere. In our schools, in our communities, in business organizations…everywhere. And you have to be able to play the political game, even if you hate to do it. Especially if you are a woman. We, as women, have battled for our rights for generations. And I thought we had won. Until this current political race for a President.

Now, I don’t get actively involved in the actual world of politics. But, I do know that Hillary Clinton is the “most qualified person in the room.” Is it because I want to see the first woman-President get elected? No, that is not why. If she were a man, there would be no doubt that she would win her political party’s nomination, then win the election. But, she is a woman. And she is a tough broad, who knows her stuff. She has played the political games, starting when her husband became President. Does she know how to be a President who gets things done? And who know how to play the game? Affirmative. 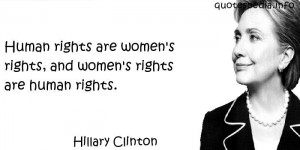 Hear me on this…”She is the most qualified person in the room!” Will I be voting for her? Of course. No other candidate is as qualified, even though they are men. Does this mean I like her as a person? I really don’t know her as a person. That is not what this political battle is about. Can she do the job? Yes…she is the “most qualified.” End of story.